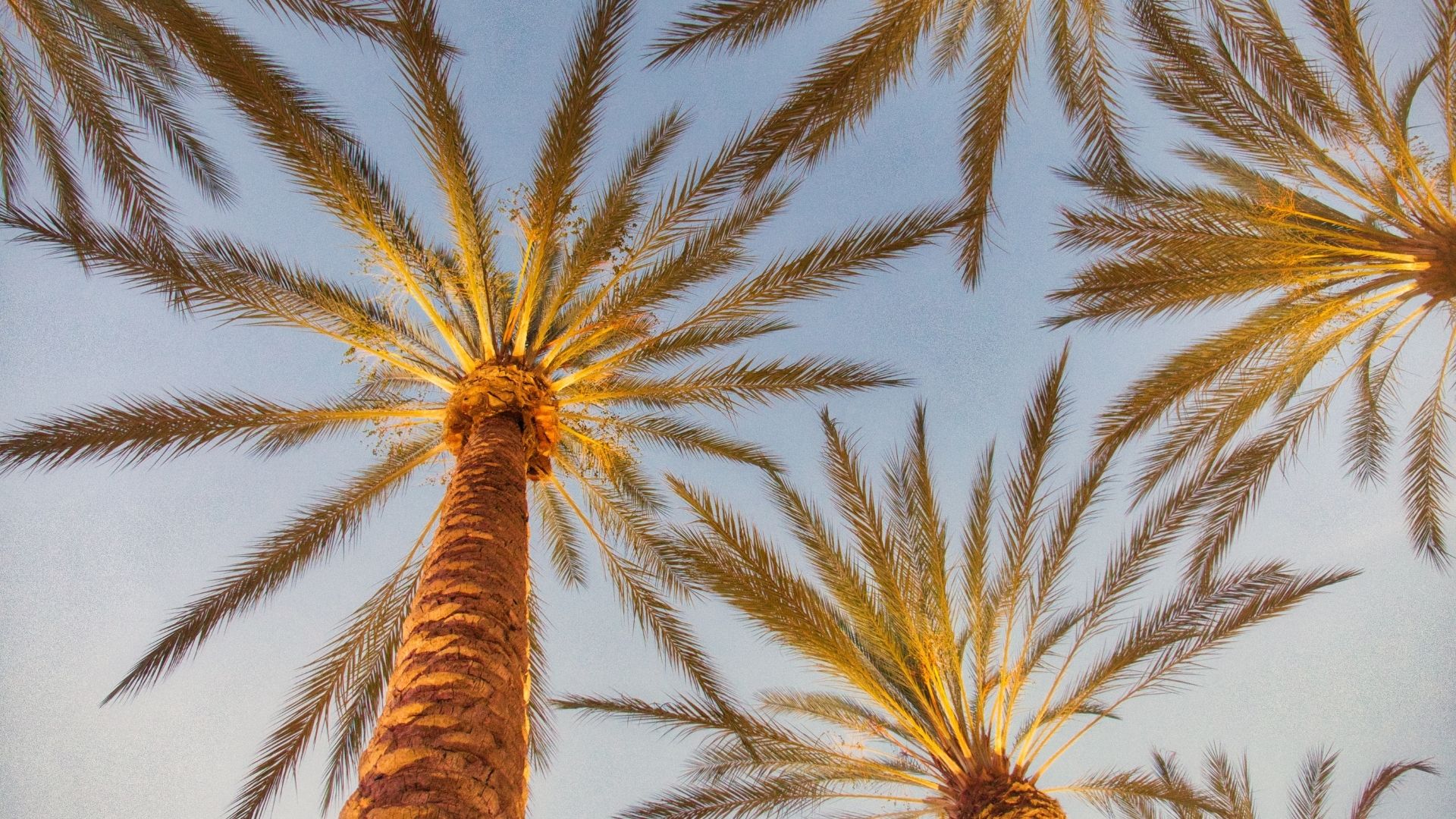 In the startup world, phrases like ‘growth at all costs’ and ‘move fast + break things’ used to be de rigueur - indicative of a relentless focus on scale, scale and more scale.

We’ve written before about the pernicious nature of moving fast + breaking things and other tropes in our article about startup myths. Today, however, we’re interested in exploring where our ideas of what constitutes success in startups actually come from - and why it’s time for founders to let go of other people’s definitions of success and define their own instead (and then, why it’s important to make sure their actions are consistent with that definition.)

There’s no doubt that Silicon Valley (where a lot of these maxims come from) has been an inspiration for founders across the globe. As a culture, we’ve obsessed over a small number of success stories - Netflix, Google + Airbnb. We devour the books, the culture decks, the open-sourced learning content, the leaked internal emails. There’s nothing inherently wrong with this - it’s both ambition and natural human curiosity that turns us all (the Unleashed team most definitely included!) into detectives, pouring over clues, trying to understand the timeline. However, we would argue that the underlying assumption - that if we just crack the code and figure out what made these businesses so successful, we can replicate it - is damaging when not taken with a pinch of salt.

At a very basic level - there are cultural differences between the US and the rest of the world, meaning one person’s radical candour is another’s acting like a jerk (authentic or not). There are also practical ones - basing your reward package predominantly on options is more likely to work stateside because of the size of funding rounds and the multitude of success stories (remember that Google masseuse?) but you’re likely to be met with more scepticism when offering ‘paper money’ in Europe. Perhaps more fundamentally - borrowing another company's definition of success and trying to precisely imitate how they got there is doomed to fail because no matter how many news articles you read, the nuance is missing. It’s easy to forget, for example, that early pioneers of OKRs took years to make the system work for their unique culture,  team size and what they were actually shooting for - and without that context, the temptation might be to scrap them after a quarter if the implementation isn’t seamless (which it rarely is!)

So why do we persist? Well, Europe based-VC’s have definitely encouraged emulation by going after the same hockey-stick growth as their US counterparts. This creates a set of incentives geared towards one definition of success. Whilst there’s nothing wrong with shooting for high growth and high returns, we would argue that this path isn’t right for everyone and that narrowing the definition of success in this way is a mistake.

You may well be reading this waiting for a bigger ‘so what’? After all, even if there are both cultural and environmental differences between startups in the US and the rest of the world; what’s the harm in wanting to walk in the shoes of some very successful leaders and follow a well-trodden path?

We would argue that there are three main reasons why borrowing someone else’s definition of success rather than clearly defining your own can be limiting.

The first is that you need to stand out from the crowd. The ‘war for talent’ is more competitive than ever - and job seekers are no longer interested in jumping on your ‘rocket-ship’ if it doesn’t look any different to anyone else's. This isn’t necessarily new - the shift towards finding more purposeful careers has been very well documented. However, we would argue that over the last few years, perhaps accelerated by the pandemic and the ‘Great Resignation’ there has been another noticeable change as power has shifted in favour of jobseekers. People now want both the deets and the receipts - that is, the details of how you live up to your values day-in-day-out and the receipts which prove you are not just paying lip service to them via LinkedIn. Fail to provide both and at best, you’ll experience higher-than-average attrition as team members seek more purposeful environments elsewhere - and at worst, you’re dealing with a full-blown authenticity crisis (for more on this, see below!)

The second is that you could well be missing a trick in assuming that getting funding from VC’s is the only way to succeed given the profusion of other options for financing that exist today. From crowdfunding to backing from Angels; early-stage business loans to government schemes - there are many different ways to get your business off the ground without the strings that VC money comes with. This gives you more leeway to create your own definition of success. Maybe you want to be a Camel or a Zebra rather than a Unicorn? Even if you do choose to take VC investment, you can make more informed decisions about which firms to target thanks to initiatives like Landscape - which are bringing much-needed transparency to how VC’s operate, evaluating whether they follow through on claims that they are ‘founder-first’ and ‘invest in Leadership teams’.

Last, but certainly not least, is personal fulfilment. There is no doubt that being a founder can be extremely rewarding, but it can also be incredibly challenging. Knowing what you want out of it is crucial to sustaining purpose and building a strong, resilient team around you. There are SO many ways to define success - but what’s important is that you find a definition that is meaningful to you.  Is it about the people you work with? Is it about growth? Is it providing a product that people love, or that fulfils a fundamental need? Is it about creating a culture of belonging? Is it about building an engaged community?

How do you figure out what success looks like for you?

In true useful Unleashed fashion, we’ve provided some questions you can use to help you reflect on your personal definition of success. There’s no need to answer all of the below - just pick the questions that resonate with you.

This last question is an absolutely crucial one.  It’s important to know and to remember that your version of success right now might not always remain the same, so you should regularly make time to reflect and re-evaluate.

We’ve done this recently at Unleashed. When our founder, Anouk started Unleashed, it was specifically as a lifestyle business - and specifically, Anouk’s definition of success was first and foremost, having the ability to spend more time with her children (you can read more in a very early article here).

However, so much has changed since then and as the Unleashed team has expanded, Anouk’s personal definition of success has also shifted. As Covid hit and the world changed, Anouk realised that success lay in ensuring two main things remain true… firstly, that the team was happy and secondly, that we deliver excellence in our work. These two things would mean growth and profit would follow, but apart from that, success to Anouk became is about enjoying the journey.

Another vital next step once you’ve clarified what success means to you is getting input and feedback from others and crystallising what success means to your team. For us at Unleashed, looking at our definition of success led to us redefining our mission to reflect our increased ambition as a business, and as what we want to achieve as individuals under the Unleashed banner.

(Here’s our shiny new mission in case you’re interested: ‘Our mission is big and multidimensional. By putting people at the heart of business strategy we are enabling the sustainable scaling and holistic success of organisations that are driven to make a difference. We work with companies and individuals globally on all things People + Culture to create meaningful impact for them, their business and the society in which we live.’)

Your personal definition of success as a leader often may not be identical to your organisations mission, vision and goals - but there should be a clear link and the two should not be in conflict with one another.

(Re)defining success is just the start…

So far in this piece, we’ve explored the benefits of forging your own path rather than emulating others’ definition of success and how to go about defining what success looks like for you. We’ve also just touched on an important next step - clearly defining and communicating what success looks like as a team and making sure this is not in conflict with your personal definition of success.

But, we want to end this piece with a word (or several) of warning - once you’ve defined - what you, as a business are willing to stand for and happy to be held accountable for, it’s important not to stop there - otherwise you could face an authenticity crisis. Recently, we’ve seen these crises pop up left, right and centre for businesses that either haven’t defined a definition of success beyond the norm or who have very publicly failed to stay true to the definition of success they’ve espoused (or in some cases both) - with real impact on both reputations and valuations.

We’ve seen some very strong takedowns recently of companies where the employer branding just did not reflect reality or the espoused brand values transpired to be less than lived.

The Brewdog blow-up showed us that shouting about your eco-credentials from the rooftops and focusing on building a good consumer brand is far from enough - people will speak up if there is a lack of alignment between your stated values and how you are actually treating people internally.

Even more recently, Glossier’s fall from grace is a lesson in how your cultural cache can be rapidly reduced when you choose performativity over practical action (in their case, responding to both consumer and team members' concerns around the brand's lack of diversity.)

Reading between the lines - and with the caveat that looking on from the outside, we’ll never necessarily have the full story - the underlying problem in both of these examples seems to be that the definition of success that the founders talked about publicly was very different from what they pushed for internally. They were still following the same well-trodden path, whilst talking a big game about their definition of success (ironically, it seems they’d have had much greater success if they just tried to actually live up to their own PR).

More and more, we’re seeing that this ‘having your cake and eating it’ no longer flies - analysis of companies' definitions of success - and their failure to live up to it - has become much more holistic and nuanced (this trend didn’t come from no-where and it definitely isn’t going away any time soon - see earlier examples like Deliveroo, Away).

What this means is that there is a real need to both define a clear definition of success and then to be intentional about building around it - making sure your practices and how you make decisions stay true to your stated true north.