Microaggressions — the hidden cause of stress + pain within your company 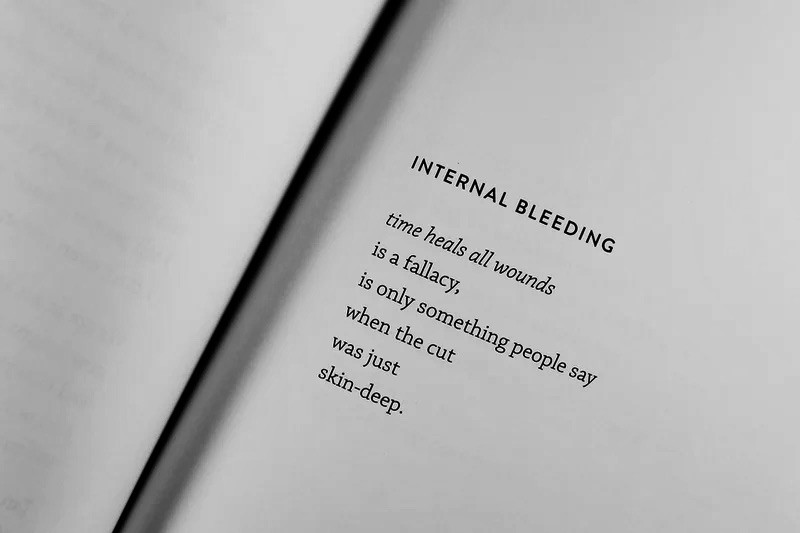 Photo by Thought Catalog on Unsplash

In the People space, we talk a lot about inclusion, the positive impact of psychological safety and fighting overt discrimination — but we don’t often talk about microaggressions.

Why the hell not?

Microaggressions are far too easy to sweep under the rug. We often don’t realise what they are or that they’re happening because they’re so hidden. Hidden within conversations, AND hidden because of our own naivety to the impact they’re having on people.

But their very existence is causing tears, rips and holes in your culture. So that’s where we’re going to start. In this article, we’ll shine a big bright light on the concept of microaggressions, expose the impact they’re having on your people, and guide you through how to spot them, manage them and erase them for good.

We’re not going to be able to cover everything you need to know about microagressions and microaggressive stress in one post given that it is such a huge and nuanced topic, so here’s a promise from us: we’ll keep talking about it. The spotlight is on.

“Brief and commonplace daily (or frequent) verbal, behavioral, or environmental indignities, whether intentional or unintentional, that communicate hostile, derogatory, or negative racial slights and insults…”*

Simply put, they are what happens when bias driven behaviour occurs. They are manifestations of stereotype and prejudice. They casually degrade or put down someone who is part of a marginalised group. They occur in everyday interactions but often go unacknowledged or worse, normalised.

However, they don’t feel simple, or subtle or brief when you’re the person on the receiving end of them. They are a bolt of lightning (often unintentionally) directed towards any part of one’s identity.

In short, microaggressions are discrimination. They are stressors or trigger mechanisms that can impact an individual’s ability to cope, affecting self-esteem, confidence, relationships and careers.

Microaggressions can take many forms:

Some examples for you to ponder…

Sadly, it wasn’t difficult for us to gather some examples of daily microaggressions. Here are a few that we’re on a mission to eradicate from the workplace:

“No, but where are you really from?”

“Wow, you’re so articulate and well-spoken”

“So, when are you going to have a baby?”

“Oh, I couldn’t even tell you were gay — you should meet my friend”

“Can I touch your hair?”

“Your English is really good”

“You have a mental health issue? You seem normal to me.”

As we touched on above, microaggressions aren’t always verbal — they can be actions, such as…

Speaking loudly to an older person.

Not sitting next to someone on the train.

Instead of thinking about microaggressions as comments or behaviours… think of them as a paper cut.

A little graze of the paper edge that causes an “ooh, that stings” reaction but no lasting effect. It’s annoying and a little painful but it’s not that big of a deal. Some of us, however, get ‘cut’ (not just grazed) by the paper a lot, and more often than others. And when those paper cuts nip you frequently and accumulate over time, they really bloody hurt. They draw blood, they become sensitive, they even leave scars, and they cause lasting damage in myriad ways.

A question for you, kind reader: If you were receiving these paper cuts every day, how would you feel? How would you react?

Please don’t glance over that question. Pause… think about it. How would you react?

Angry? Pissed off? Really upset? Unable to engage? Ashamed to speak up? Despondent? Resigned? As a result, would you try to change who you are to “fit”?

Exactly. Let that settle for a bit. This is happening to fellow human beings. Human beings with all the same physiological, psychological, and emotional needs and responses.

Perpetrators of microaggressions often perceive their own reactions as irrational, uncalled for, or out of proportion because the ‘subtle’ and ‘one-off slips’ are brushed aside by others… they’re perceived as no big deal, right?

Wrong. The deep wounds of these experiences may not be visible but they exist.

The disease that is discrimination

Beyond just being frustrating, microaggressions have a negative impact on health: physiological, psychological and emotional.

Microaggressions divert our attention and therefore impact our ability to engage and contribute. This is a concept often referred to as neurohijacking.

The occurrence of a microaggression draws away our resources and disrupts us cognitively.

The amygdala — the beady little organ in our brain that’s designed to react in less than a second to any form of social or physical threat — is triggered. You’ve probably heard of the fight, flight, freeze or appease response — this is the same thing. When the amygdala sounds the alarm, all other cognitive functions such as listening, learning, problem-solving or creative thinking STOP — all of which impacts concentration and confidence to perform.

“Did they really just say that to me?”

“Should I say something back or not to keep the peace?”

Snatching away your SCARF

A good way to understand WHY the amygdala might be triggered is through David Rock’s SCARF model. When our identity is challenged, it most likely will be perceived as a threat towards one of key interpersonal domains — Status, Certainty, Autonomy, Relatedness and/or Fairness, which compromises our ability to engage within the human social experience. The social ‘exchange’ that we intend to have with another human is at risk.

That feeling of subtle rejection or othering has an intense impact on wellbeing. Harmful actions with ambiguous intent might be even more confusing and stressful for individuals than explicitly discriminatory actions.

Much research has shown that long term exposure to microaggressions has been associated with symptoms of depression and anxiety, owing to feelings of helplessness and low self-esteem. The body experiences this as trauma, which triggers a physiological stress response leading to more sustained physical health concerns such as hypertension and an impaired immune response.

So what are our options as our body and mind try everything to avoid having to experience this again? We crash and burn, or we change ourselves.

We burnout. We feel unsafe, excluded, misunderstood, disrespected… and coming back to those paper cuts earlier, we’re in pain. We’re continually depleted by all of the above so we simply stop functioning effectively.

We Assimilate. We experience a huge threat to our perceived identity and sense of self, so we change and work really hard to “fit” in, and aren’t able to be our authentic self.

We’re talking about really small behaviours here that are not intended to cause harm or hurt feelings, but their impact often does just that. The exponential impact becomes uncontrollable for us. Beyond causing physiological and psychological harm, this behaviour also has a detrimental effect on the individual’s ability to access opportunities, and succeed (but more on the societal and organisational impact another time).

Impact of microaggressions on your organisation

When all of this is happening inside the body and mind of one of your employees, we believe that an employer has a duty of care to do something about it. If we haven’t been able to influence you so far through the detrimental impact this has on the human experience, pay attention now — as this is where we talk about the tangible cost this is having on your business.

An individual who is detached, mentally and physically depleted, is not motivated, is not contributing, and therefore can’t perform at work. That person is also likely feeling unsafe to share ideas or to speak up.

What impact is that having on your organisation?

If you’ve made it this far, then I hope you’ve realised — there is nothing MICRO about microaggressions. It’s important to reinforce here the perspective of the individual. Exposure to subtle discrimination, in the form of microaggressions, can over time, elicit similar symptoms to severe trauma. Our intention here is to dispel the idea that microaggressions are one-off, easily dismissable experiences — they don’t live on their own. They are manifestations of our own bias and prejudice. They are discriminatory behaviour. Regardless of the intention of their delivery, the impact of their occurrence is clear.

Cue inclusion: When you enable people to feel valued, accepted and supported (our definition of an inclusive workplace btw), you create an environment that enables them to show up authentically, meaning that they can perform at their best. When you demonstrate that you value difference, you can shift commitment, performance and behaviour. In order to do that well, you must become attuned to the existence of microaggressions within your culture, take accountability and most importantly, do something about it — not just because it makes business sense but because ultimately, it’s the right thing to do.

Next up in our spotlight series, we’ll hear more from the people who have had lived experience of the sustained impact of microaggressions. We’ll also identify ways in which you can spot the occurrence of microaggressions in your own behaviour and the behaviour of others in your organisation, and combat them — particularly in a virtual workspace.

We’re working to raise awareness and educate our audience and our clients on workplace discrimination — and in particular, the experiences of microaggressions and the impact this is having on individuals. If you’d like to share any of your own stories of microaggressions in the workplace, please click here. Your submissions will be anonymous unless you wish to be known.

*Not So Subtle: A Meta-Analytic Investigation of the Correlates of Subtle and Overt Discrimination, Kristen P. Jones, Chad I. Peddie, Veronica L. Gilrane, Eden B. King and Alexis L. Gray (2013)