Performance management is broken: here’s how to fix it 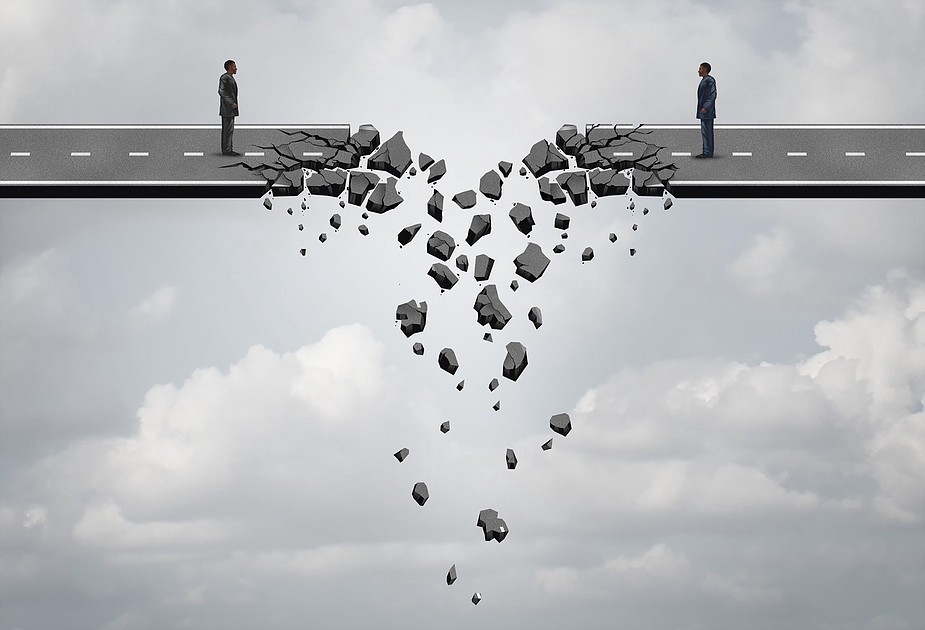 Whatever business you’re in, there’ll always be times when someone’s performance dips or seems to slip entirely.

When this happens, there’s an imperative to act — particularly in small teams, where one person’s low performance can have a hugely disproportionate impact on morale and your team’s ability to deliver great work.

Traditionally, when there’s an issue with performance, the approach to managing it goes a little something like this:

Can you believe it… the above is considered ‘best practice’ (assuming, of course, that they are invited to such meetings with a letter). I’ve seen a lot of variations on this theme, including the ‘ignore the problem and hope it goes away’ technique, which often results in losing high performing members of the team who resent carrying the extra weight of underperformers.

Or, there’s the ‘we don’t have time for this’ approach, which just sees the individual with the performance problem unceremoniously and suddenly fired, leaving them (and probably the rest of the team, as this tends to come with little/no communication) dazed and confused and you with a potentially toxic employer brand.

I’ve always thought there must be a better way than any of these awkward conversations and broken bridges. So, if you want to get more out of managing underperformance then stay tuned, because the rest of my post shares suggestions for better ways of working. And you’re unlikely to have heard this perspective before.

What’s going on when someone’s underperforming?

There are SO many reasons why someone might not be able to bring their A-game. Maybe there’s a misalignment of expectations and their role doesn’t actually represent what was discussed during their interview; maybe there’s a skills gap; maybe they lack confidence; maybe there’s an underlying mental health issue impacting their performance that they haven’t felt able to discuss with you. There are a whole load of maybes.

Time and time again though, businesses assume poor performance is entirely down to the individual without actually checking in and understanding what’s going on from their perspective.

An assumption that someone doesn’t care or isn’t capable is just that — an assumption.

To truly understand what’s going on, you need to:

2. Actually listen to the individual’s answer.

3. Have a conversation about how you can better support them going forward.

4. Genuinely collaborate on a plan of attack in which you hold up your end of the bargain. And, you do have an end — it isn’t just them!

Performance is unique to the individual. So, whilst it is useful to pinpoint whether the problem is one of attitude (i.e. demonstrating behaviour that’s out of step with the company’s values, or, say, lack of confidence), ability (a skills gap which needs to be addressed), or whether the issue lies with failure to achieve against agreed objectives, or whether it’s something completely different, that is not enough. You have to go so much deeper than that.

Addressing a performance issue properly and with empathy is a shared task, but, ultimately, the root cause of poor performance (assuming it’s not something personal) usually lies with the manager or the company, not the individual team member.

As human beings, we seek autonomy, mastery and purpose in our work. The foundation for all of that is trust, and as a manager, you have a significant role in laying that foundation as quickly as possible by:

Underperformance is often the net result of a lack of trust — either because it’s never been established, or because it’s been broken somehow. That’s not to say people aren’t responsible for their own performance, of course, but, as a manager, the onus very much falls on you too. Great performance doesn’t just happen because you hire a smart person and hope for the best.

A lot of the traditional approach to fixing problems with performance involves taking action which actively works to further erode trust — micromanaging not just what your team member is doing but how they’re doing it — so it’s little wonder that most performance improvement plans do just the opposite.

By taking a holistic approach and sharing ownership of performance improvement, you can actually build trust and enhance motivation, rather than destroy it.

Another issue with performance interventions is that they’re often too little, too late. Here are a few tips to help get on the front foot so that you’re managing great performance proactively, not reacting when things go south.

The first interaction you’re likely to have with your team member is through a job ad. From this point on, you’re communicating an expectation of what the role will be like on a day-to-day basis, so it’s super important that you define the role properly so candidates can opt-in or opt-out based on accurate information you provide.

If there are some gaps because you’ve never hired this role before, be explicit and say there’s an expectation for the person to come in and shape it to the business’ needs. Continue this expectation setting throughout the interview process and make sure you give the candidate plenty of opportunity to ask questions so they can get the information they need.

Then, when they join, work together to:

This has to be a reciprocal endeavour to be effective, and you’ll need to flex your management style according to what works best for them; but by opening up first, you’re walking the talk.

When it comes to recruitment, don’t just look for previous performance. Performance doesn’t transfer from one business to another if the culture and working practices aren’t the same!

When you create an environment of trust, you’ll find that people in your team feel comfortable coming to you when they need support or when they have something going on in their life that means their focus isn’t at work right now.

If you’re going to create that environment, you have to open up — about the times you’ve failed, when you’re struggling with your own motivation or mental health, or about areas you’re actively working on developing. If you don’t, no-one else in your team will. And yes, that can be hard, but don’t expect something of others if you won’t do the same.

Regular 1:1’s are crucial to maintaining open lines of communication and knowing where all of your team members are at. They shouldn’t be skipped or squeezed. They’re important for checking in on performance but also just for checking in with a fellow human. Start with open questions and consciously invite your team member to share anything that’s worrying or distracting them. Think of 1:1s as an opportunity for learning. Their performance should increase after each 1:1 because they’ve learnt something!

1. Don’t go in on the offensive

Your demeanour will directly impact how easily and quickly you get to the bottom of the problem. If you go into the all guns blazing, don’t expect your team member to open up to you.

This is particularly pertinent if you could be the cause of their underperformance (and, as we’ve discussed, this is likely to be a least a contributing factor). No one starts a role wanting to underperform!

Also, bear in mind that 60% of our communication is non-verbal; so don’t just focus on the words that come out of your mouth. Avoid things like folding your arms and physically over-distancing yourself from the individual.

Instead of launching into a laundry list of your concerns, start with observational language, for e.g. ‘I’ve noticed that you haven’t quite been yourself recently’ or an open question. Otherwise, you’re likely to provoke a defensive response rather than getting your team member to open up. If you attack, they will defend. That is human nature. It’s not a productive way to achieve a positive outcome.

Once you feel confident you’ve understood the issue, make sure you identify the positive impact addressing the performance issue will have and ask what you can do to help the team member achieve their goals. Take the time to reset expectations and make sure the ‘why’ behind those expectations is understood.

Nine times out of 10, the actual issue won’t always be in the first answer you get, so don’t fall into the trap of ending your investigation there.

For example, let’s say your team member turns around and says they’ve been struggling to concentrate recently. Okay, great, you’re one step closer, but that doesn’t give you any insight as to why. The only way to get to the bottom of it is to ask more questions. Asking “why” a few times helps with going in depth with a specific issue and asking “anything else” helps with breadth in case the main problem hasn’t even been raised yet.

3. Identify what you can do better

Put yourself out there and ask point-blank if there’s anything you are or aren’t doing that’s hampering their performance. If they don’t offer something up, then they probably don’t feel 100% safe to do so. In that case, kindly force an answer by saying, “imagine that you have scored me a 6 out of 10 for my performance as your manager, what would you need me to do so that score goes up to a 9 or 10?”

By now you should be armed with accurate information into what’s causing the employee’s underperformance, but that intel’s only any good if you act on it.

If it’s down to a problem outside of work — like relationship or financial worries, signpost them in the direction of support (if you don’t know what options are out there, do your research), then, make a point of regularly checking in with them and let them know they’re not alone.

And if it’s due to something to do with you, try not to take it to heart and focus on using it as an opportunity for self-improvement. If your management style is the cause, reflect, seek further advice and mentorship. Not only that, remember if you improve, then so will they. That means the general performance will get better too! Wins everywhere!

Last but by no means least, remember to regularly check-in.

This will enable you to both keep an open dialogue, continue to build trust and ensure a) you’re happy with your team member’s progress, and b) they’re happy with the measures you’ve put in place to support them.

How to give brain friendly feedback