What’s in a name? (More than you think!) 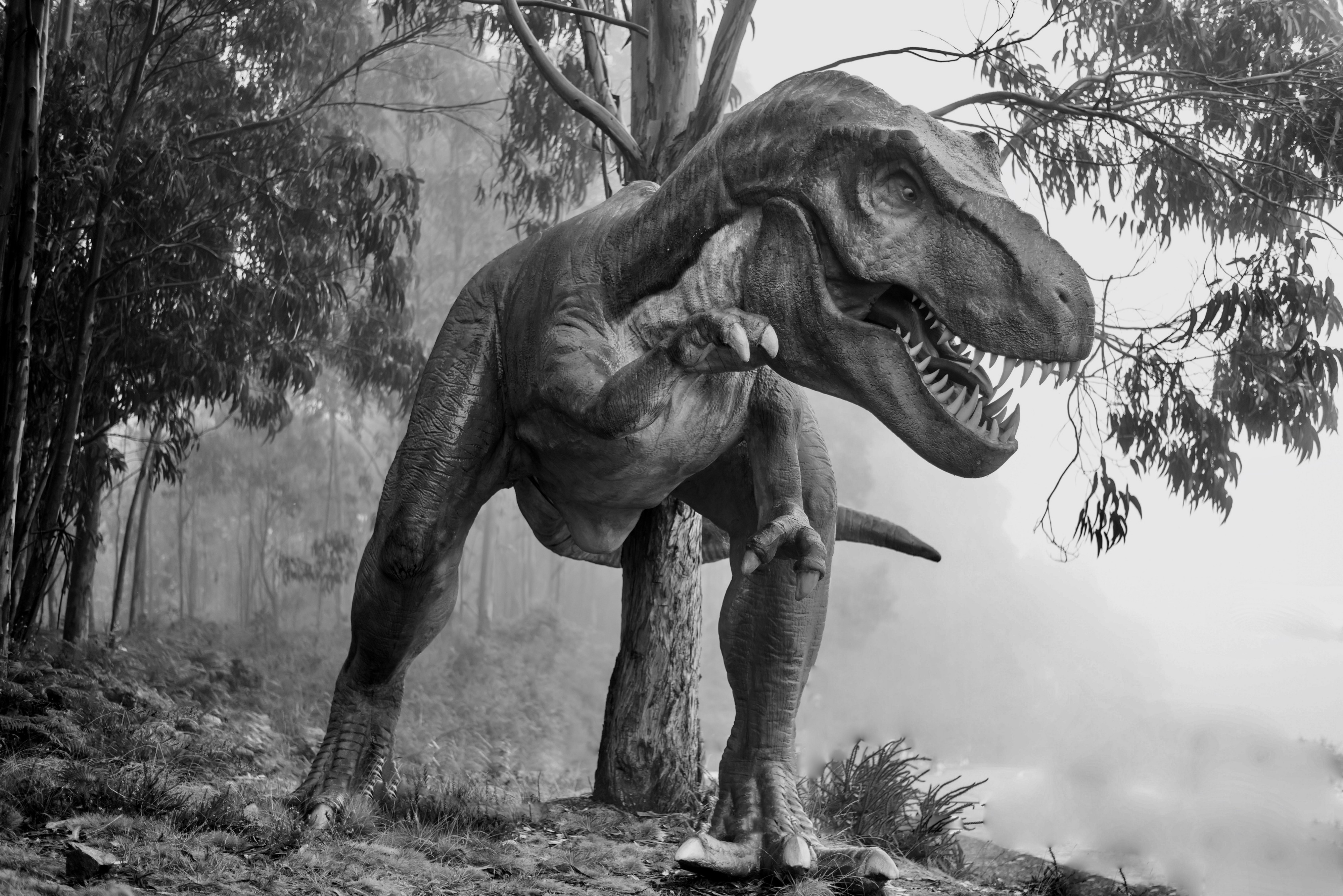 Photo by Fausto García on Unsplash

Recently I’ve been considering the frequency with which I’m finding myself saying things like at the moment (three words that used to be so unremarkable) and in the current context (maybe a funding round, never an infectious disease crisis) and pandemic-aside (one can dream). I’ve been reflecting specifically on how choices around the language we use (and indeed, the language we don’t) can see new conversational norms quickly and insidiously established, and how in some cases, mass behavioural responses manifest themselves as a result.

‘Stay home, Save lives, Protect the NHS’ saw many of us clapping jingoistically on our doorsteps for our incredible frontline and key workers. ‘Stay Alert’ spawned sarcasm (and for me anyway, some welcomed light relief) about how a virus is… you know… invisible to the naked eye. This was followed by ‘Hands, Face, Space’ which was pretty damn triggering for scientists who pointed out that the most important of those three things was sitting dead last in the government’s priority list.

The point is, the language we choose is important. Where we place emphasis matters. The way we introduce novel concepts sets a tone for the way those around us thereafter interpret, further consider and respond to those concepts. It’s fascinating and delightfully nuanced, but one thing is true — when it comes to important phrases, nailing your naming language is also important. Get it right, and this can be transformative; helping you to enhance something functional and practical into something engaging or motivating.

At Unleashed, we talk about ‘People’ (not ‘HR’.) In fact, we boldly state that ‘HR IS DEAD’. Because we nail our naming language, you understand in no uncertain terms that from our perspective there is an important distinction to be made there; that ‘People’ and ‘HR’ are different, and that we not only believe that one is better than the other, but that one of those terms is, well, dead… in the past… not fit for purpose… extinct.

The world I work in is full of old school hangovers that have been passed down like a tattered old teddy bear from the time when ‘human resources’ was rooted in command and control, and before that placed a firm focus on ‘personnel management’ (nauseating).

‘Probation periods’ are a prime example… This naming language is something I’ve found problematic for years. When someone new joins your business, they’re not being sentenced! Nobody is ‘on probation’ in a company. Sure, there’s an initial period where notice periods are shorter so that should they or you discover that there isn’t the awesome alignment you thought there was, you can part ways amicably. But calling this time frame a ‘probation period’ is fucking terrifying. What’s next? Employing a probation officer to ensure that your company is being kept safe from this new, unknown, potential offender??

I urge businesses to change ‘probation’ into just, ‘onboarding.’ That’s what it is! It’s a period that should be designed to enable someone’s early stages of their career* with you and for you to set clear expectations of what good looks like. (*Note that I said career, not ‘tenure.’) Shifting the naming language from ‘probation period’ to ‘onboarding’ is also a double-whammy because it forces the interpretation of someone’s ‘onboarding’ into much better territory; their first few months in the business, not just an arbitrary two week ‘induction’.

What’s tricky, is making new or adapted naming language stick. But, we need to be the change we want to see. And establishing new norms can happen — it just has to start somewhere. This is a brilliant example of where people and culture experts, human-centred designers and legal professionals worked together to create a visual employment contract that is succinct and also fun! (Yep, fun!!) In the process they eliminated over 5,000 overbearing and unnecessary words… 5,000!!!! If they can achieve that, we can stop sending “passed probation” confirmation letters and send “CONGRATULATIONS! You have done amazingly well in your onboarding” letters instead.

Going Back to the Root: Some Etymological Detective Work

Here are a couple of dictionary definitions:

…See where I’m going with this? Now here are some synonyms for both;

When I think about human beings on the basis that they are not primarily your ‘resources’ to be ‘managed’, but are actually living, breathing, inherently social creatures and people with complex individual needs, all these words make me really sad.

Imagine hiring someone into a ‘primarily distant role as part of a scattered team” or a “god-forsaken position working as part of our divided company”…extreme, for sure, but that all sounds pretty bleak, right?

Distributed teams → erm… are rarely actually distributed…. (bear with me!)

Technically, unless everyone in your company is working in a way that does (to refer back to our list of uninspiring synonyms) make them individually ‘scattered’ or ‘dispersed’ away from each other, at best what you’ve got is a ‘partially-distributed’ company, where perhaps some of the company are in an office, some work from home and for example the members of one or two teams all work in completely different time zones and separate locations from each other, all the time.

The point is that we use ‘distributed’ incorrectly quite often. Possibly the most well known example of an actually distributed company is Automattic. The founder, Matt Mullenweg here describes Distributed Work’s Five Levels of Autonomy which states that while level five (aptly named, Nirvana) is unreachable, level four is where a distributed group of individuals need to be operating; specifically, asynchronously.

Complete asynchronicity at work would be a whole other blog post at least, but for now what’s important to consider is if the founder of a fully-distributed-by-design company posits asynchronicity as being that which enables people to thrive, in a fully realised distributed experience; then it feels safe to say that most companies are a long way off being a ‘distributed’ company. For many, the thought of designing jobs, tasks and information flows to be deliberately as asynchronous as possible, feels odd, new and intimidating.

Let’s just stop telling our people that they’re distributed when both physically and relationally, nine times out of ten, they’re not!

As this blog from Dropbox accurately describes, “the word “remote” is in fact meaningless if there is no centre to be remote from” so the naming language of remote working is going to be relevant for any company that is currently planning for a hybrid office-based/work from home split either now, or in the future.

One of the risks of dividing your team into ‘office based’ and ‘remote’ workers and crucially, making a cultural distinction between the two is that you risk creating the ‘head office effect’; where those based in an office all the time or more often, are closer to more information, have more context, greater access to leaders, are generally more ‘in the loop’ and more likely therefore to benefit as individuals.

Why can’t we instead talk about how your hybrid model is one of connected working, regardless of location?

Instead of being ‘remote-friendly’ you become a ‘connected company’ where the specific location of individuals is far less relevant than their daily experience of work; an experience that allows people to connect with each other in ways that don’t rely on hours of meetings held over Zoom.

A ‘connected company’ is one that, in my mind, enables flexibility and productivity for those who enjoy working from somewhere other than the office (which pre-pandemic, should have been the core reason that work from home policies were created!) A connected company is one that doesn’t try to recreate the ‘in-office’ experience for those not based in the office, but is instead the kind of company that as we speak, is going back to the drawing board and adapting their ways of working to prioritise more appropriately location-agnostic, connected experiences.

If nothing else, when it comes to your naming language, telling people that they’re ‘remote’ from an office or any particular group of comparatively colocated people feels far less motivating and inclusive than describing the ways that all individuals are ‘connected’ workers, contributing as part of a ‘connected’ company…

Let’s flip ‘remote’ on its head.

I think there are a couple of areas where the language of my profession deserves to be teetering on the edge of extinction and where, simultaneously, now is the best time to give evolution a helping hand. We need to take this opportunity to give these old school terms a serious dose of Jurassic-Park-style frog DNA to bring them back to life with some new powers — albeit different powers, with a much happier, less bitey, outcome and a more sustainable future.

We’d like Sam Neil to endorse our park, so let’s swap ‘frog DNA’ for ‘compassion’ and clarify that we’re only after the vege-sauruses, and no pesky velociraptors. (Say it with me… “clever girl.”)