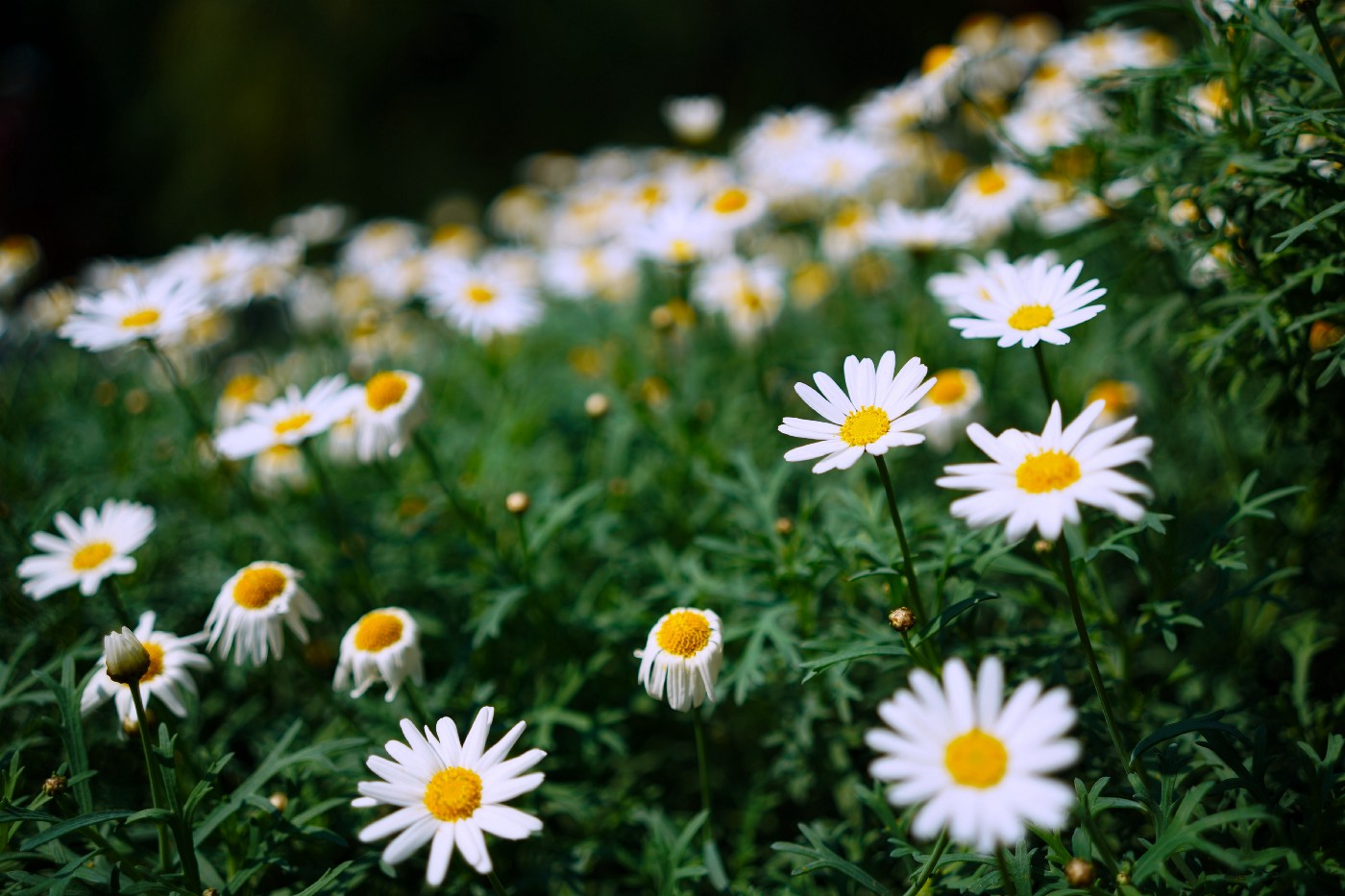 Photo by Khoa Nguyen on Unsplash

Unless you’ve been living under a rock, you’ve probably heard a lot of talk about supporting mental wellbeing at work recently.

And it’s about time. Apart from this instinctively feeling like the right thing to do (because it is); the business case really couldn’t be clearer. According to the government’s 2017 ‘Thriving at Work’ report:

Despite these crystal clear stats, a 2017 poll by Time to Change found that only 13% of people said they felt comfortable chatting about their mental at work. I would hope we’ve moved the needle since then, but I’m not sure. Regardless, it’s wild to me that the same poll found that less people felt confident speaking about their mental health with their colleagues than they would about financial issues or sex.

So, we know it’s a problem. We know it’s happening under our noses (because EVERYONE has mental health, and 1 in 4 of us will experience poor mental health at some point in their lives)… but what most businesses struggle with is how to start a conversation around mental health and what support to provide their team.

In this article, I’ll share some of my experience of creating cultures of genuine openness around mental health + promoting wellbeing (spoiler: the answer is not yoga in the office or extra bananas. Although, that stuff is nice too). Whilst the case for investment couldn’t be clearer, a lot of the things I’ll suggest are either incredibly cheap or free. So there are no excuses for not getting started!

A lot of companies kick off their mental health efforts with a whole team presentation or an event to celebrate mental health awareness week. Whilst this seems to make intuitive sense, I actually don’t think it’s the best approach. Why? Because actions speak louder than words. Events in and of themselves may create some interesting conversations, but what people need to see is consistent action which proves you care about your team’s mental health.

Here are three suggestions to get started:

Create time (and space) to talk

One of the most powerful things I’ve ever done as a People person is just set up time in my diary which anyone could book to talk about anything that was going on for them, personally or professionally. I found a quiet, calm space outside of the office, and just waited to see who would show up and what they’d like to talk about.

The feedback I got from this supported my very basic hypothesis: that in a fast-paced, busy start-up, time out to have a confidential, non-judgemental chat is gold dust. You don’t have to be a People person to do this (in fact, leaders who make time for this may find they get really valuable feedback). You do have to listen; without judgement and without saying you understand (because you don’t,) and without trying to solve the problem (although coaching/signposting to some options can be helpful).

If you want to encourage openness around mental health, then any policies you have in place should reflect that. No, this is not my number 1 suggestion (because pieces of paper are useless if people ignore them, and statements of intent are actively damaging if that intent doesn’t match behaviour!) BUT it is important — if nothing else, because your handbook/policies might be one of the first things new hires read, so they should set the right tone.

Make sure that any guidance you share around sick leave makes it crystal clear that sick leave means time off if you’re experiencing mental or physical ill-health. Don’t stop there — weave your approach into any other guidance docs where it’s relevant (anything around change management or managing underperformance makes sense). Wherever possible, try and link policy back to your core values — for the change to be impactful, it needs to become a core part of who you are as a business.

In order to make sure that happens, you need to support and train managers around this stuff. Beyond ensuring that they’re aware of any guidance docs (and have actually read them), there’s plenty of resources you can share — like Mind’s wonderful Wellness Action Plans. Once your team see that people are consistently being treated in the way you’ve committed to treating them — with empathy and humanity — they’ll feel more confident about opening up.

You can also share resources with your whole team on free or easily accessible services that they can check out if and when they need them (the Sanctus directory is great as a starting point).

If you want to further prove your commitment to creating a mentally healthy workplace, check out the Time to Change employer pledge.

Walk the walk (and find people to walk it with you!)

Creating openness around mental health requires… openness around mental health. What the what? Ok, so here’s the deal… No-one is going to feel confident opening up about either struggling or great things they do to keep their mental health good if they feel people are going to judge them. So the more leaders can step up and be open about their experiences, the more likely your people will do the same. External speakers are great, but should be brought in to build on the work of internal champions (and it is work; sharing your story isn’t easy.)

As a people person, I’ve always considered it part of my role to promote psychologically safe and healthy environments, but it’s impossible to do this alone. One thing I’ve found very effective is enlisting allies across the team to change organisational practices which might be having a detrimental effect on people’s wellbeing. For example, in one early-stage business I worked in, there was a customer-facing team with a terrible culture of overwork. They were always first in and last out. They were fuelled by a genuine passion for what we were doing and wanting to make customers happy. They were also completely burning out. Too often, this behaviour gets celebrated as ‘going above and beyond’, and gives rise to some weirdly competitive bragging around who was up at 3am cranking out work. Telling someone not to do this when they’re in this cycle doesn’t tend to be super effective — why would it when in the same breath, this behaviour is being celebrated?!

Instead, I found a member of the team who wanted this to change and was personally great at setting boundaries. I put this person on a bit of a secret mission — as often as possible, they’d be the one to ‘call it’ and encourage people to go home (or to the pub!)

Change like this required support from the leadership team and having a challenging conversation about what kind of behaviour we wanted to celebrate and promote as a business — but it was incredibly easy to see the impact. Slowly but surely, the culture became substantially healthier and results and performance levels also improved.

Once you’ve got some good foundations…

To create lasting change, you need to find champions within your team who are just as passionate about creating a healthy workplace culture as you are, and equip them with some tools. Mental health first aid training is an absolutely incredible (and very cost-effective) two and a half-day course which enables individuals to provide first aid for the mental health of those around them. In some companies I’ve worked with previously, I’ve rolled this out to all managers — the active listening skills taught on the course are super transferable to people management + coaching in general. In others, I’ve simply asked for volunteers from different teams. The net result is the same — that people feel there is always someone to talk to.

I’m training as a mental health first aid instructor this autumn and I’m super excited to bring this to current and future clients. When I first did the course two and a half years ago, it had such a powerful impact on me and my ability to signpost people to support or resources that might help them at a difficult time.

If you can afford it, there are loads of benefits you can provide for your team to support their mental health. Services like and offer your team members the tools to treat their mental health just like their physical health — as something to be worked on and tended to all the time, rather than just when a ‘crisis point’ is reached.

Another option is sponsoring therapy or counselling services for your team on an as needed basis. Often, the biggest barrier to people getting support for their mental health when they need it most is a financial one, so anything you can do to remove that barrier really makes a difference.

Once you’ve laid the groundwork, keep going! This is the time to run events, bring in speakers, plan activities for events across the mental health calendar and share articles. Think about stuff which will be relevant for your team, and foster genuine connection.