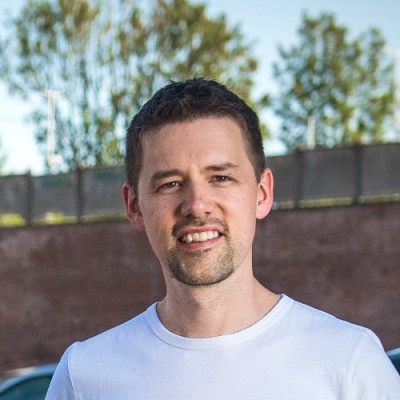 The By Miles team is working hard to provide a new, improved and fairer model for car insurance. Offering a monthly rolling subscription that covers your car when it’s parked, By Miles applies additional charges for the exact number of miles you actually drive… Yep, that’s right folks! Individualised car insurance!

The impact of the By Miles approach also means that for those of us not pounding up and down the motorway every day, we can wave goodbye to subsidising the insurance cost of higher mileage drivers.

Read on to hear how this increased fairness sits at the core of innovation at By Miles, what James has learned from closing a Series B round in the midst of coronavirus and how his current projections have been shaped by his previous career in finance.

G.L It would be great to start by hearing a bit about the By Miles founding story; your mission and vision and the problem you’re solving…

We started By Miles four years ago. Myself and my Co-Founder, Callum are both really into technology — and cars!

We could see the vast amount of change and advancement happening in the automotive space; for example the increasing pace of development with semi-autonomous vehicles and the Government ban on the sale of new petrol, diesel and hybrid cars by 2035 (at the latest!). At the same time, the way that people own and use cars is also changing, with more people leasing, borrowing or using subscription models. Car use and ownership in the future is not going to look as it has done traditionally.

The really tragic thing about all this advancement and disruption within the automotive space is that the insurance that sits behind it (and from a ‘user’ perspective, actually enables it all) just isn’t innovating.

If you ask anybody would they feel comfortable getting into a car with someone who doesn’t have insurance to drive that car, they’re going to say no! Car insurance isn’t just some administrative box-ticking, it’s actually an enabler of mobility… it’s crucial, and it hasn’t changed in years. It’s also actively disliked by people because it’s traditionally been untrusted and unloved.

Many startups that aim to disrupt or ‘democratise’ traditional, untrusted industries and sectors that are established low-innovation spaces, understandably find it really hard to do so… How are you, Callum and the team at By Miles being disruptive?

We are creating a better value proposition; we aren’t just adding a nice UI (user interface). Democratising is an interesting word… At By Miles we use a simpler one; fairness. At its core, what we’re doing is about fairness.

Our ‘pay by mile’ model is naturally more fair, because the less you drive, the less likely you are to have an accident! Lockdown was a great example of a demonstrable lack of fairness in this space; Governments have stopped people from using their cars, yet every month their car insurer keeps making the same deductions.

By Miles still works with the traditional insurance industry — we actually very recently announced a new partnership with Zurich. That partnership not only means our product is underwritten, but it also allows us to continue to build our own things; to challenge, establish some new norms and create fundamental change. We sit in the middle of a tremendous amount of information flows and we want to channel that into making sure that we reach every person in the UK with our model, regardless of demographics… So yes, this is all about fairness.

By Miles closed a £15 million Series B funding round during the pandemic. What did the pandemic context mean for that funding process?

I know there was a time when some venture capitalists did go very quiet and many had to turn their focus to their internal portfolio, but I understand why; it’s a pandemic and it’s affected us all. We were lucky that we had progressed quite far with a good VC.

I think that By Miles also definitely benefited from our use case being cemented during the pandemic; the importance of the problem that we’re solving became clearer for many people. That’s all definitely been great… But the flipside is also trying to scale a business at such a crucial time.

Anyone who manages to get to Series A has already worked so hard and proven so many things — revenue, customers, growth, etc. Going from there to Series B is always challenging, and a pandemic happening in the middle of a growth phase puts a huge spanner in the works.

In particular, the context shifting between focusing on growth VS focusing on delivery has been tough. I’ve been having to consider such extreme comparisons as to whether I need to hire an additional ten people or lay that same number of people off, and those considerations have been changing literally within 30 minutes of each other! It’s been really stressful at times.

What impact do you think that going from Series A to Series B in the pandemic has had for the team and the culture?

Well, at this point, a quarter of our current team have never stepped foot in our office and that’s particularly significant for By Miles because six months ago, we were very much operating with 100% of the team in the office, every day.

It’s therefore been a steep learning curve to not only hire and onboard new employees remotely as we grow, but to make sure we can sustain relationships, that we’re effectively making big announcements and that we’re keeping everyone motivated, and prioritising wellbeing while not necessarily being able to have the same intuition-based face-to-face conversations we’ve been used to.

We’ve been working out (with the support of Unleashed!) whether we’re going to go back to being 100% in the office, and it’s become clear that we’re heading for a hybrid model going forward. This is the right thing for us to do; it’s going to help to ensure everyone can continue to work in a way that is best for them, that also means we can do more to avoid potential burnout or lack of a work/life balance.

And, what has this all led you to reflect on as a founder?

I’ve coped by just getting on with it and trying to focus on what I can control. But in terms of some broader self-reflection, I am lucky that I have a decent working environment at home and it’s been really great to see my family more!

However, I do get lonely plugging away by myself every day, I am missing the additional element of discussion when it comes to decision-making.

I can also openly admit that I am a control freak! I like to see people working, I like to hear the phones ringing and to see that we are keeping up with the pace, as a team. We also like to celebrate as a team, and I miss those moments of celebration and buzz!

This is something I’ve been recently asking during my Founder Story conversations, and as we continue to work through the pandemic… What are you currently hopeful about?

To be honest? …not very much!

Haha! Ok… Thank you for your honesty! That’s really interesting. Why do you feel that way?

My background is in finance. I was working at a bank when September 11th happened, and I was working at a bank during the Lehman Brothers crisis… I guess my perspective is somewhat ‘Here we go again!’ Except it’s different this time. This pandemic is an incredibly significant thing, but what makes it really strange is the lack of understanding and a lack of data.

With terrorist incidents, there is a reliable sense of what has happened, the global implication and what’s going to happen next; the immediate threat will be over. With a mortgage crisis, it’s scary because of ongoing liquidity and you see the panic, but you can also look back, analyse and understand what has happened and the implications. There are so many unknowns this time around!

Optimistically, I hope we’ll look back and think it was a lucky escape or that we got off lightly. But right now, making plans for the next five to six months is hard because we just don’t know how that six months will play out. Personally, I think the economic shock is real and underestimated… I’ve seen recessions play out and it’s not pretty.

Are there any shorter-term silver linings for you, as a founder?

The daily impact has passed; the shock is over and adjustments have been made… things have definitely stablised, which is good.

I used to spend all day sitting next to Callum, the By Miles’ Cofounder. We’d spend 12 hours a day chatting about all sorts of stuff and that’s no longer the case — but I think we’re lucky that this change has coincided with us having got to a position where as a business, we’ve moved from ideation into execution mode. Series B means that we’ve got a clear roadmap to focus on delivering against. We’ve got our routine.

I’m also really enjoying how much more efficient I am being with my time!

I’m working hard to inspire the right balance too, I’m encouraging people to write drafts in Slack, and to use ‘schedule send’ functionality in emails. It is really positive for me to be walking in a park, to see a car that sparks an idea, and to be able to articulate that idea immediately, without interrupting someone’s evening or weekend, for example.

Let’s end on what I imagine is an easy question for you to answer! What’s your favourite car/manufacturer?

That is easy. It’s Tesla.

Tesla is changing the way that cars work. They’re building not just a new product in a completely new way, but also the infrastructure that’s needed to enable that product’s success and impact.

I know it’s a bit passeée to talk about Elon Musk these days, but I promise, I was a fan for a lot longer than most people were.